“In 2002, the Louisiana legislature was looking for ways to generate jobs that didn’t require heavy academic training or licensing,” Lenny Alsfeld explains in a recent interview. “They saw at the time the opportunity to attract green jobs in entertainment.”

When you sit down to watch a movie or television show, you may be looking to spend some time with your favorite characters, escape to a world of adventure or romance, or simply admire an artistic achievement.

What you don’t see on the screen, however, is the long and bumpy road travelled by the producers, directors, actors, financiers and hundreds of others to make that production a reality.

Lenny Alsfeld has travelled that road hundreds of times as CEO and president of New Orleans-based FBT Film. A longtime financial industry professional, he made the unexpected leap into film financing a decade and a half ago. Along the way, Louisiana has emerged as a go-to destination for film and TV production —“Hollywood South,” as the state has been dubbed—thanks in part to the efforts of “market makers” like Alsfeld and FBT Film.

The list of productions FBT has worked on is lengthy. That list includes Oscar-nominated films like “The Big Short” and the Ray Charles biopic “Ray”; raucous hit comedies like “21 Jump Street” and “Daddy’s Home”; and popular TV series like the police procedural “NCIS: New Orleans” and the reality show “Pitbulls and Parolees,” among many others.

For Alsfeld, that leap was all the more unexpected because he doesn’t consider himself much of a movie fan.

“I’m more inclined to remember the names and faces of people who’ve played in the National Hockey League than anyone who’s been on the screen,” he admits.

But if you’re looking to make films, episodic television series, commercials or other productions in Louisiana, Alsfeld can show you the path forward.

Shortly thereafter, Alsfeld and his colleagues foresaw a business opportunity when state legislators began exploring ways to kick-start a new industry in Louisiana by offering tax credits for qualified film productions in the state.

“In 2002, the Louisiana legislature was looking for ways to generate jobs that didn’t require heavy academic training or licensing,” Alsfeld explains in a recent interview. “They saw at the time the opportunity to attract green jobs in entertainment.”

Louisiana’s Motion Picture Investor Tax Credit includes many benefits for investments in the growing Louisiana film industry. They include :

Louisiana’s 30% film tax credits are transferable, which allows production companies to sell them to others, typically individual or corporate taxpayers in Louisiana looking to reduce their own state tax liability. In exchange, the producers secure cash they can use to fund their production, thereby reducing the cost of funds to make filming in Louisiana more attractive, Alsfeld explains.

“That can only happen by holding large inventories [of credits], and that can only work in our case because we’re a bank subsidiary and we get access to capital to borrow that money, to inventory those credits and to be able to fill them quickly when the taxpayer comes in the door,” he explains. “That gave us a distinct advantage over anyone else brokering credits in the state. We’re a well-known flagship in the film and banking community.”

Louisiana’s film production tax credits, as in other states, have not been free of controversy. Critics are concerned by the cost, and recent state budget shortfalls led legislators in Louisiana to cap the credits at $180 million per year. Alsfeld notes that with the state flinching on film credits, other states and localities, domestic and abroad, are quickly jumping in to take advantage. In the United States, 37 states maintained film incentive programs in 2016, according to the National Council of State Legislatures.

Part of Alsfeld’s mission is to serve as an advocate for the film industry in Louisiana, counseling patience and prudence. He emphasizes the benefits, which includes more than $1.4 billion in direct economic impact since 2002, and annual industry job growth of 23% until recently, that made Louisiana one of the top production locations in the world in just over a decade. (The Louisiana Office of Entertainment Industry Development offers a list of productions filmed in-state.)

The business of film production

Brokering tax credits is an important part of FBT Film’s business, but Alsfeld’s role has expanded far beyond that role, particularly when it comes to working with independent filmmakers, who often need more assistance than studio productions.

Alsfeld has positioned FBT Film as a “one-stop shop” to help filmmakers work through the thicket of challenges a production may face. It’s not the most glamorous aspect of film production, but those steps are critical to the success of any project.

He and his team have spearheaded efforts to finance local productions of films and television series; register companies with the state to qualify for credits; work with production crews to connect them with local service providers; put people in touch with local experts on labor law and other legal matters; and handle an array of other needs to smooth the way to filming in Louisiana.

It’s helpful to think of each film project, regardless of scale, as a unique small business— though a business with unusually specific needs. When presented with a new project, Alsfeld and his team will assess its budget, key players, ability to deliver a final product and other key criteria to determine its viability. Very few projects meet those criteria. 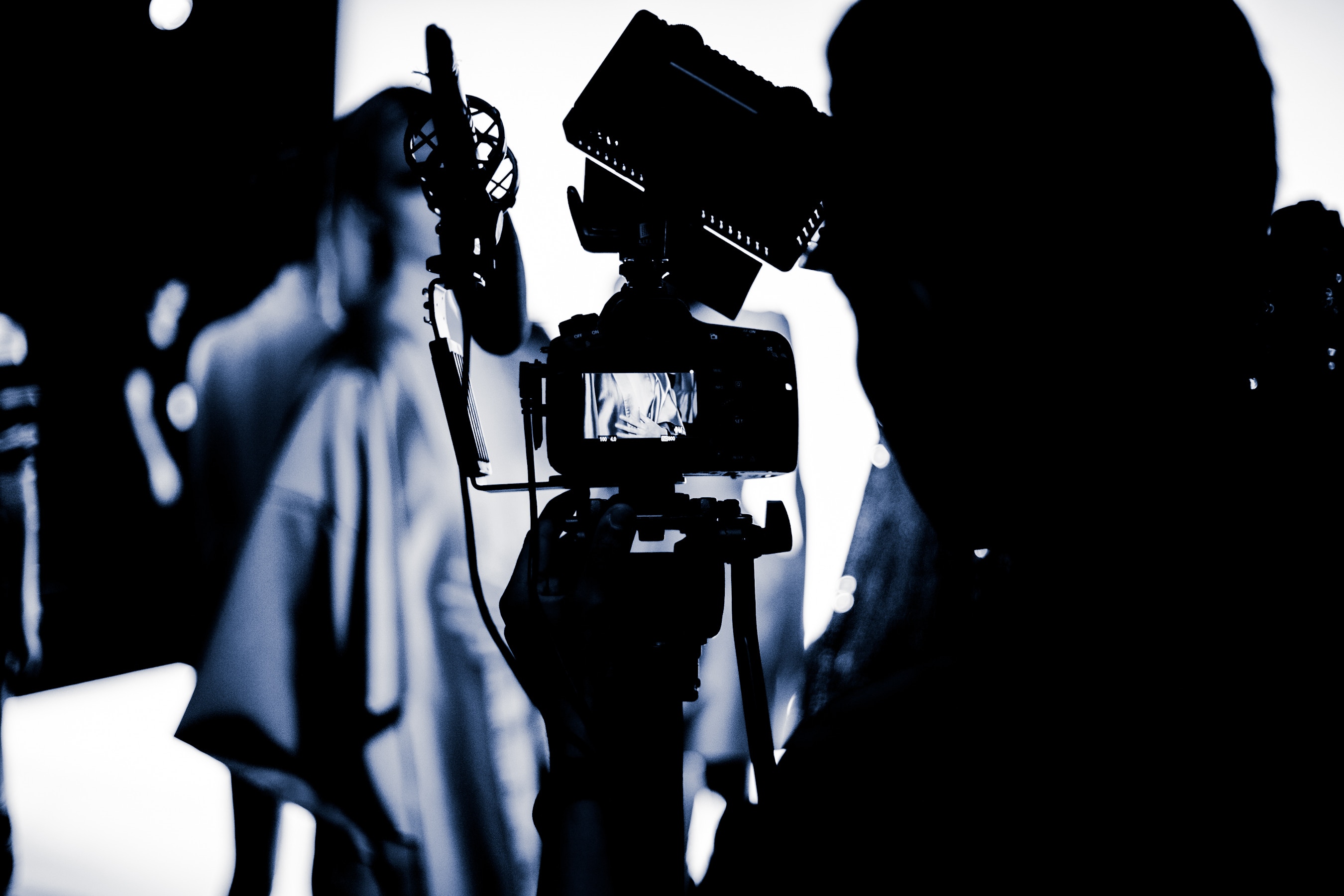 “All of these things are calculated in the final decision to greenlight a project and to bring it in on time,” he explains. “But as we know, things happen.”

And the list of “things that can happen” is long. Those productions that make the cut still face substantial risks, since a typical film project can require a year of production. A production can meet with disaster if the director or a key actor is unreliable or meets with an injury or health emergency; unexpected events like severe weather, union strikes or an actor’s pregnancy can set back a production by weeks or months.

Such contingencies can also lead to catastrophic budget overruns, since once a production is under way, it costs money to sustain all the various players, crew, support staff and other moving parts. To mitigate those risks, FBT Film forged an agency partnership with Film Finances, Inc., a California-based underwriter of completion bonds, guarantees that serve as insurance against such production risks for film financiers, studios and distributors.

Alsfeld’s daughter Meg Kaul, an entertainment lawyer, works with him at FBT Film to assist producers and studios looking at Louisiana as a potential production venue.

“She is a very important part of our business model of helping out of state companies navigate the confusing waters of the program, to make sure they’re complying, and they know the things they know to be successful,” he explains. “When you call the state, it’s like calling the IRS about your taxes—you’re just not going to get the support and direction you need.”

In addition to his work with FBT Film, Alsfeld heads his own production company, Swift Street Productions, which provides services to film and commercial productions, and has even partnered on the production of a few major Hollywood features. For instance, Swift Street advised on the 2013 action flick “Escape Plan,” in which iconic Hollywood tough guys Sylvester Stallone and Arnold Schwarzenegger launched a daring bust from a maximum security prison. Alsfeld even has his own listing on the IMDB entertainment database.

‘Kissing a lot of frogs’

Alsfeld himself is less interested in rubbing shoulders with Hollywood talent than he is in helping to support and nurture that homegrown industry into existence in Louisiana. But film and entertainment seems to be gradually becoming the family business.

In addition to his daughter who works with him at FBT, the family is also well-represented on the other side of the camera: Alsfeld’s sister-in-law is the Emmy Award-winning and Oscar-nominated actress Patricia Clarkson, and his son Mac has appeared in small roles in several Hollywood films, while racking up a few writing and production credits of his own.

“I kid [my sister-in-law Clarkson], because I probably have more credits on movies than she does,” he says with a laugh. “I’m a hack with zero talent, no training, no real interest in anything that goes on the screen. She says I shouldn’t be counting those things as real participation credits, and she’s right, but what can I say?”

Alsfeld estimates he’s worked on about 250 projects over the last 15 years or so, but that number represents only a fraction of the proposals that have been presented to him. It’s not an easy business, he says, estimating that fewer than 10% of the proposals he sees come to fruition as fully viable productions. And even if a film or TV series gets made, there’s still the added challenge of clicking with an audience.

“You can imagine we get dozens of calls every month where they have a great idea, it’s a great script…and then they say ‘all we need is another $5 million from you and we can do it,’” Alsfeld says. “If they can’t walk in the door with a quality budget, with some sense of distribution, who’s going to direct it, and who’s going to be attached—if they can’t provide that, we’re not going to go to the next call.

“There’s a lot of kissing of frogs to see where the prince is,” he adds. “And there’s very few princes under those frogs; I can tell you that.”