Brady Pledges Passage of “Big, Bold” Tax Reform by the End of the Year

"This is a once in a generation opportunity," said Rep. Kevin Brady (R-TX)

Chairman Kevin Brady (R-TX) of the House Ways & Means Committee promised “a tax code built for growth” Monday, with steep reductions in both business and personal rates and a dramatically simpler system that will amount to the most substantial reform since the Reagan Administration’s landmark legislation of 1986.

“This is a once in a generation opportunity,” Brady told SIFMA members Monday, adding that the Senate’s Oct. 9 passage of a budget resolution – which the House plans to take up shortly – has accelerated the timetable for final passage of a tax bill that would not be subject to a filibuster and has the support of President Trump.

Asked how permanent such provisions were likely to end up being, Brady said, “The greatest growth for the greatest number of years comes from permanent tax policies… you’re going to see us leaning into the most permanence we can get.”

Congressional Republicans remain united on the basic framework for tax reform originally unveiled at a Sept. 27 event, Brady said, adding that he is confident the final bill will not suffer from the type of inter-party divisions that have plagued health care reform efforts.

Having spent a year building consensus, “we still haven’t stopped listening” about concerns related to issues such as the deductibility of state and local taxes.  “I want to make sure that all Americans are better off, regardless of where they live,” Brady said, although he noted that some state and local governments have raised taxes heavily in recent years.  Ultimately, he said, there are so many complex provisions today that “we all seem to subsidize each other.  We have a choice now, we can stick with the status quo or recognize that for the first time there’s real fairness in simplification here.” 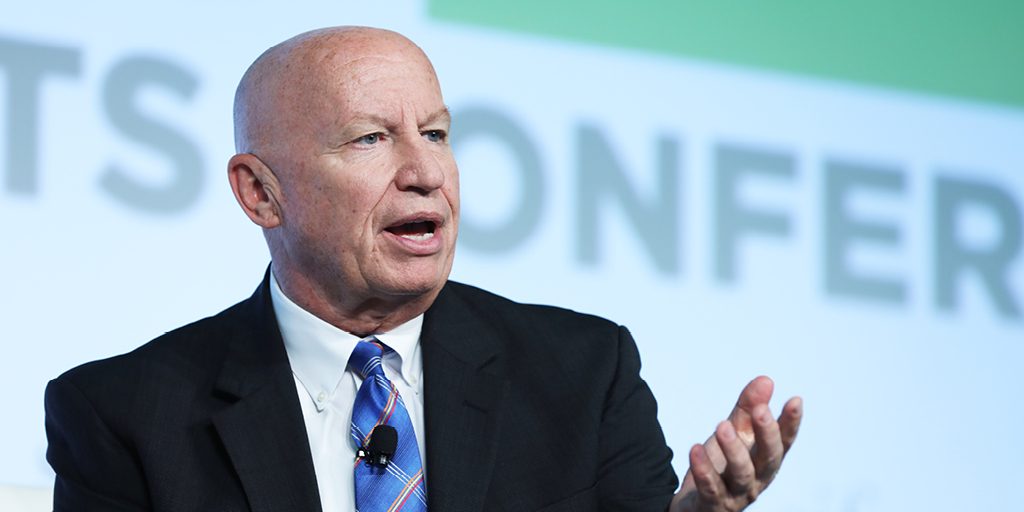 Likewise, Brady said, negotiations are ongoing regarding the deductibility of 401k contributions, which Trump recently weighed in on via Twitter.  “We’re working closely with the President; I talk with him regularly,” Brady said.  “The bottom line is we want Americans to save more and save earlier in their lives.  We think that retaining tax-free savings is critical… and we think it’s imperative to create more incentives for Americans to begin saving earlier in life than they do.”

Pressed on the future deductibility of interest, Brady reiterated the Sept. 27th framework’s call for it to be “partially limited.”  Grandfathering some provisions, such as exemptions for small businesses and land purchases, “are still in the mix,” and bipartisan support is strong for keeping provisions like the deductibility of interest income from municipal bonds.  “In major tax reform you can’t expect the nation to pivot on a dime,” he said.  “We need a very smooth transition.”

Other provisions of the tax code, such as those related to pensions, financial products and energy incentives, may need to be revisited in later legislation, Brady said.  “One key principle for the house bill is that if something’s not quite ready, not fully baked… set it aside.  We’re not going to change the entire tax code” in one piece of legislation.

When Mui asked his predictions for how much economic growth tax reform might stimulate, Brady drew a distinction between the personal side, which is still too much in flux to make accurate forecasts, and the business side, citing a recent study that found that if a 20 percent corporate tax rate had been in effect over the past 12 years, “we’d have 4,700 more businesses more operating in this country than we do now.”

That said, Brady added, it is important to acknowledge that “tax reform alone can’t drive this economy.  We have to have balanced regulation, we have to have a skilled workforce, we need more free trade, not less.  All this ties into economic growth.  But tax reform does play a crucial role.”

Asked if there were any non-negotiable aspects to his vision of tax reform, Brady said, “Go back to our two goals:  economic growth and leapfrogging our competition.”  Also essentially, he added, was not only reducing personal and family tax rates but dramatically simplifying the process of filing a tax return.  “Nine of 10 Americans will be able to file on a postcard,” he said.  “It really works.”

Brady praised White House initiative on tax reform, calling it “Reagan-style leadership with Trump-style salesmanship to explain why the status quo isn’t acceptable any longer.  You can’t do this without presidential leadership, and he’s all in.”  Brady added that he continues to reach across the aisle and remains hopeful of garnering support from moderate Democrats.

Brady closed by urging members of the financial markets to remain engaged in the tax reform process and provide feedback.  “Weigh in,” he said, “this is hard.  We’d ask industry to think fresh, don’t just defend the same provisions that you have for 40 years.  Look at whole package.  Look what it does for you, for your industry, for your customers and for growth.  The world’s different at 3% growth plus than it is at than at 2% growth.”